The Science of Sodium Bromide

Back in 1981 we introduced the industry to Yellow Treat and a new type of algicide; Sodium Bromide. Now that so many manufacturers are offering their own sodium bromide, we thought we would share the science of how it works, and how to shop for it.

What is Sodium Bromide?

Sodium Bromide is a white granular salt that is very similar to it’s cousin sodium chloride – or regular salt. And just like it’s cousin, the important bit is the part that comes at the end of name – bromide.

Bromine is very similar to chlorine. They are both halogens that are very good at sanitizing water. But they do have some key differences between them.

One of the key differences is how they appear in pure form; chlorine is gas and bromine is a much heavier gas, to the point of being almost a liquid.

In water, they both behave very similarly. Bromine added to water will form Hypobromous acid and Hydrobromic Acid, just like chlorine forms Hypochlorous acid and Hydrochloric acid. And Hypobromous acid also disassociates based on pH to form hypobromite just like hypochlorous acid does to form hypochlorite. Similarly, the “hypo” is considered to be the better form at disinfection.

However, bromine differs in one key way – and that’s how much hypobromous acid is present based on pH.

At a pH of around 7.5 you’ll have about 50/50 hypochlorous acid vs hypochlorite. But at the same pH, you’d get 80% hypobromous acid! This carries across the pH range where you have significantly more “active” bromine versus what you’d get using chlorine.

Another added benefit is when bromine reacts to ammonia. Unlike chloramines, bromamines are actually just as effective at sanitizing as free chlorine! So you get an added bonus with bromine.

Bromine is used by a significant number of pools, spas and in water recreation.

This is why Disneyland parks use bromine; it offers both better efficacy, less corrosion and an overall more pleasant experience for guests.

You might be asking yourself then why do we use chlorine in pools? Two reasons:

So in outdoor pools where there’s more direct sunlight and cost of maintenance is a greater concern, chlorine is the more popular go to sanitizer.

The real action happens when you use BOTH bromine and chlorine, such as with algaecides.

Initially when bromine and chlorine interact they form certain amounts of BromoChloride. This is both an extremely powerful oxidizer and extremely unstable. It’s instability causes it to break down very quickly.

Chlorine is more reactive than bromine. When sodium bromide is added to the water, the chlorine will displace the bromine – releasing it in its pure form into the water.

Because chlorine has a stronger desire for the electron of bromine, the chlorine oxidizes the bromide to form bromine and is reduced from chlorine to chloride.

Bromine then forms hypobromous acid in the water. Any chlorine added in excess of dissolved sodium bromide will function as normal, forming hypochlorous acid. The result is getting two forms of sanitation working simultaneously!

This is an oversimplification of the chemistry happening in the pool, but explains the basic concept.

While Bromine can’t be stabilized like chlorine, Bromine on average burns off slower than unstabilized chlorine. This is due to it being closer to a liquid at normal temperature and pressures than chlorine. So in the absence of stabilizer, chlorine will tend to burn off more quickly.

Fact-Check: Converting to a Bromine Pool

Some manufacturers claim that sodium bromide will “convert” the pool into a bromine pool, and usually use this as an argument against Sodium Bromide based algaecides.

In general terms we think of converting a pool meaning changing it from one type of sanitizer to another. If you want a hydrogen peroxide pool, you may have to convert it from chlorine. And vice versa. The idea is discontinuing the use of one sanitizer for another, because they are incompatible.

However, there is no such thing as “converting” a pool from bromine to chlorine, or vice versa. Yes, the pool is producing bromine via reaction with chlorine. But there’s nothing to preclude the use of one with the other.  What determines whether one pool is chlorine based versus another that’s bromine based is simply which one you add more of. If you add more chlorine than bromine to the water, then it’s a chlorine pool. If you add more bromine than chlorine, it’s a bromine pool.

Another statement competitors make is that “once a bromine pool, always a bromine pool”. This is chemically inaccurate. While bromine has some more longevity in the water when compared to unstabilized chlorine, it definitely burns off with heat and sunlight. Otherwise, you would only have to add bromine once to the pool forever. If that were the case, all pools would be bromine pools. Imagine how cost effective that would be!

While Sodium Bromide is a powerful weapon in the fight against algae, it’s not perfect. And there’s one issue you may run into – getting an accurate chlorine reading.

Occasionally when using Sodium Bromide, you may notice that it’s difficult to obtain a chlorine reading. There’s a few reasons for this:

How to avoid Chlorine Testing Problems

There are few simple things you can do to prevent chlorine reading issues when using Sodium Bromide:

With sodium bromide, more is not better. Instead, focus on the ratio of sodium bromide to chlorine. Luckily this ratio is pretty easy to figure out with a little bit of chemistry.

Pure Sodium Bromide has 77.6% bromide by weight. So 1 pound of sodium bromide has approximately 12 ounces of bromide. So how much chlorine do you need to add to convert all the bromide to bromine?

Now that we know that, we can use available chlorine percentages to calculate how much you’d need of anything else:

Anything added in excess of this will yield a chlorine reading.

Since the bromine may still slow down the reading, you should let it sit for 5-10 minutes.

Getting the most out of Sodium Bromide

So now that you understand the science behind sodium bromide based algaecides, now the question becomes which do you buy?

It’s worth noting that some companies (like ours) add other ingredients to improve the efficacy of the algaecide. This is why you’ll often see lower percentages of sodium bromide on our products; we add other things to make it work better.

Most Sodium Bromide products claim an active ingredient level of 98-99%. None of these products have more than one ingredient or are patented for use as an algicide like Yellow Treat, Swamp Treat or No Mor Problems. If you pick up one bottle that is 99% from one company, and another that says 99% from another, odds are they both bought it from the same chemical manufacturer and slapped their name on it.

If you can open and look inside the bottle, you should see a white granules. If the product looks off white or has a strong smell, it might have organic contaminants and should be avoided.

Some manufacturers will tell you that their product is stronger by virtue of a higher percentage. In the case of a generic sodium bromide salt, that’s largely true. A 99% is stronger than 98% (although it’s arguable if it is at all noticeable). However, that doesn’t carry over to formulated products. For example, our strongest algaecide Swamp Treat has one of the lowest percentages of Sodium Bromide (67.6%).

In the end it comes down to cost vs. benefit. When you look at formulated products like ours, they will indeed work better because of other ingredients added to the mix and the quality of source chemical. If you’re looking for something “good enough” and cheap – just price out the cheapest generic 98-99% you can find.

Have something growing in your pool, but have no idea what it is? Check out our Ultimate Guide to Swimming Pool Algae and figure out what you’re dealing with and, most importantly, how to get rid of it. 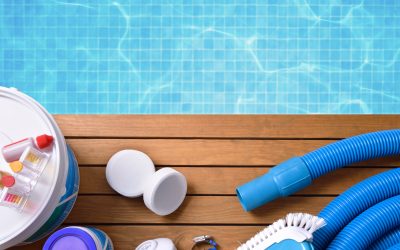 In this Ultimate Guide on pool care, we are going to go over the 10 essential weekly pool maintenance to-do items that keep your swimming pool water clean. 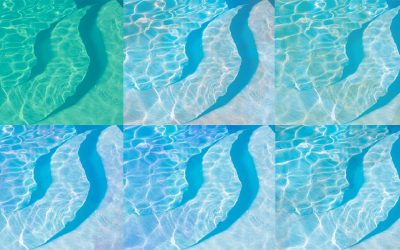 Found a blemish on your swimming pool surface and not sure what it is? Stains can be one of the most frustrating pool problems you’ll run into. In this ultimate guide, we give you the complete breakdown of pool stains and how to get rid of them.